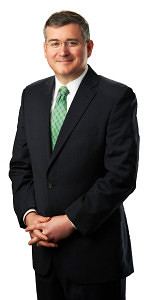 Daniel D. Haggerty is a member of the firm. He concentrates his practice in commercial litigation, creditors’ rights, bankruptcy, and transactional matters.

A significant portion of Dan’s practice is devoted to the representation of banks and financial institutions in complex workout matters. This representation includes reviewing and revising loan documents, negotiating and preparing forbearance agreements, securing debt via additional collateral, entering judgments though confession and foreclosure, executing on personal and real property, and pursuing debtors both inside and outside of bankruptcy. Dan has successfully sought and obtained approval of Chapter 11 creditors’ plans, and has successfully liquidated assets under Article 9 of the Uniform Commercial Code.

Dan was an elected member of Council for the Borough of Haddon Heights, NJ, from 2009-2011, where he served in various capacities, including Director of Finance, Director of Police and Fire, and Director of Municipal Court. He is a member of Trout Unlimited, the American Motorcyclist Association, and Harley Owners Group.