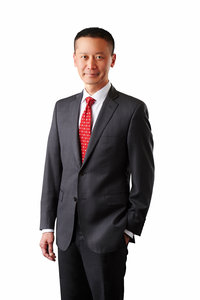 Edward T. Kang is the managing member of Kang Haggerty & Fetbroyt LLC, and devotes his practice to business litigation and other litigation involving business entities. Rated AV Preeminent on Martindale-Hubbell, Edward is recognized as providing exceptional legal counsel and support to his clients. Unlike many litigation attorneys who never, or rarely, try a case in court, Edward regularly tries cases, including jury trials.

As part of his business litigation practice, Edward carries expertise in a variety of areas, including contract disputes, business torts (such as fraud, tortious interference, and unfair competition), civil RICO, and breach of fiduciary duty. In particular, Edward focuses on “business divorce,” such as shareholder and partnership break-ups. He has represented both majority and minority interest holders in such disputes, and believes in resolving these disputes as quickly as possible through negotiation and resolution. When litigation proves necessary, however, Edward is prepared to represent his clients through trial and on appeal if needed.

In September of 2018, Edward became certified as a Panel Member of the American Arbitration Association for Commercial Litigation.

Edward Kang brought a federal RICO action against multiple defendants in the United States District Court for the Eastern District Court of Pennsylvania.  Two years after prosecuting the case in court, Edward’s client entered into a favorable settlement with the defendants.  The RICO action was based on 18 U.S.C. § 1962(b), § 1962(c), and § 1962(d).

In these two related “business divorce” cases filed in the Pennsylvania state court, Edward Kang represented one of the two owners of the businesses.  Edward represented his client-owner in both defense and counterclaim against the other owner of the businesses.  The cases resulted in two favorable settlements for Edward’s client.

Vizant Technologies, LLC, a company specializing in providing cost reduction services, sued its former employees for, among others, theft of trade secrets. After litigating in various courts including courts in Georgia and Pennsylvania, the US District Court in Pennsylvania entered judgment in favor of Vizant and against the defendants. The court entered judgement in favor of Vizant for over $2.2 million including attorney’s fees. The court also issued permanent injunction against the defendants, prohibiting the defendants from interfering with Vizant’s business.

Plaintiff, a 50% partner in a partnership, sued her partner for, among others, breach of fiduciary duty for using the partnership assets to pay himself while depriving the plaintiff of her equal share in the partnership. After a bench trial, the court entered judgment in favor of plaintiff and against the defendant-partner.

Panelist, "Emojis Speaking Louder Than Words? The Import of Emojis, Emoticons, and Hashtags as Evidence at Trial and Beyond" (American Bar Association Webinar)

Panelist, "Emojis Speaking Louder than Words? The import of Emojis, Emoticons and Hashtags as Evidence at Trial and Beyond #😊" (National Association of Minority and Women Owned Law Firms 2018 Annual Meeting)