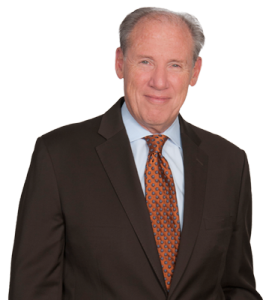 Kang Haggerty & Fetbroyt is pleased to announce that Henry Donner, Of Counsel, has been selected for inclusion in The Best Lawyers in America 2018, one of the most respected peer-review publications in the profession.

Donner is once again named to the list for his well-regarded construction law practice.

Best Lawyers was founded in 1983 and is published in 70 countries and all 50 states. Its methodology employs a sophisticated, conscientious, rational, and transparent survey process designed to elicit meaningful and substantive evaluations of the quality of legal services. The 24th edition of The Best Lawyers in America highlights the top 5% of practicing attorneys in the United States, based on more than 7.4 million evaluations, recognizing attorneys in 140 practice areas.

Kang Haggerty & Fetbroyt, a boutique business litigation firm with offices in Philadelphia, PA and Cherry Hill, NJ, congratulates Henry Donner, Of Counsel, on being selected as a notable practitioner for construction law in the 2017 edition of Chambers USA: America’s Leading Lawyers for Business.

According to Chambers:  “The ‘outstanding’ Henry Donner is a highly experienced attorney who comes recommended for his work on behalf of architects, developers, contractors and engineers. He provides assured counsel in cost disputes and design error cases.”

Chambers notes that with Donner’s prior firm, his construction law team was known for “offering expertise on all aspects of the construction development process, including contract negotiations and litigation. Possesses extensive experience representing a broad client base, consisting of managers, contractors and design professionals.”

END_OF_DOCUMENT_TOKEN_TO_BE_REPLACED 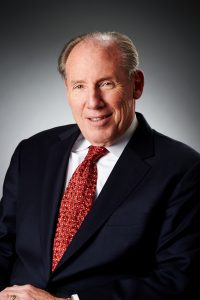 “While it is a bittersweet moment for me to see the dissolution of Jacoby Donner, it is with great excitement that I join a vibrant business litigation and transaction law firm in Philadelphia where my practice and clients can continue to thrive,” said Donner, who will be Of Counsel at Kang Haggerty.

END_OF_DOCUMENT_TOKEN_TO_BE_REPLACED

In Clipper Pipe & Serv., Inc. v. Ohio Casualty Insurance Co., the Pennsylvania Supreme Court held that the Contractor and Subcontractor Payment Act, 73 P.S. §§ 501-506 (“CASPA”), does not apply to construction projects where the owner is a government entity.

The United States Department of the Navy had entered into an agreement with Contracting Systems, Inc. II (“CSI”) for the construction of an addition to, and renovations of, a training center in Lehigh Valley. CSI, in turn, subcontracted with Clipper Pipe & Service, Inc. (“Clipper”) to perform heating, ventilation, and air conditioning work. When CSI failed to pay Clipper per the terms of their agreement, Clipper filed suit against CSI and its surety, the Ohio Casualty Insurance Company (“OCIC”) in the United States District Court for the Eastern District of Pennsylvania.

OCIC and CSI moved for summary judgment contending that CASPA does not apply to public works projects because a government entity does not qualify as an “owner” under CASPA. CASPA defines an “owner” as “[a] person who has an interest in real property that is improved and who ordered the improvement to be made.” “Person” is defined as “[a] corporation, partnership, business trust, other association, estate, trust foundation or a natural individual.” According to CSI and OCIC, government bodies cannot be “owners” under CASPA because the word “government” does not appear in the definition – i.e., a government body is not an “association” and therefore not a “person” or “owner.” Further, OCIC and CSI argued that the Prompt Payment Act (“PPA”), not CASPA, addresses public works projects. OCIC and CSI argued that given the substantial differences between CASPA and PPA, it would be untenable if both applied simultaneously.