Kang Haggerty LLC, a law firm based in Philadelphia, PA and Marlton, NJ, recently secured a settlement in a class action lawsuit filed against the City of Bridgeton, New Jersey, and Borgers, Saunders, Taylor and Associates LLC, which provided New Jersey towns and cities with vacant and abandoned property program services. END_OF_DOCUMENT_TOKEN_TO_BE_REPLACED 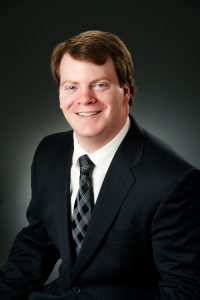 On September 1, 2017, a federal court issued an order permitting a putative class action lawsuit against Craft Brew Alliance, the owner of the Kona Brewing Company beer brand, to move forward.   The lawsuit, Broomfield v. Craft Brew Alliance, No. 17-cv-01027-BLF (N.D. Cal. Filed Feb. 28, 2017), alleges that Craft Brew Alliance engaged in unfair and deceptive trade practices by packaging beer sold under the Kona Brewing Company name in a manner that led the plaintiffs to believe they were purchasing beer brewed in Hawaii, when in actuality, the beer was brewed in the continental United States.  Broomfield v. Craft Brew Alliance, 2017 WL 383843 (N.D. Cal. 2017).  Specifically, the plaintiffs allege that the outer packaging of six and twelve packs of Kona beer, which includes Hawaiian imagery, the statement “Liquid Aloha,” a map of Hawaii with the location of the Kona brewery marked, the address of Kona’s Hawaii brewery, and the statement “visit our brewery and pubs whenever you are in Hawaii” can lead a reasonable consumer to believe that the beer was brewed in Hawaii.  Id. at *1.  While the address listed on the packaging is the address for Kona’s brewery, only the draft Kona beer sold in Hawaii is brewed there—all bottled and canned Kona beer is brewed in Oregon, Washington, New Hampshire, and Tennessee.  Id.  The plaintiffs allege that they paid a premium for Kona beer believing it to be Hawaiian and brought claims for violations of California’s consumer protections laws, breach of warranties, fraud, and misrepresentation.  Id. at *2.

Craft Beer Alliance filed a motion to dismiss the complaint arguing that the statements on the Kona packaging are at most “mere puffery” and that reasonable consumers cannot interpret the packaging to mean that the beer was brewed in Hawaii, as well as that the claims fail to state a sufficient claim upon which relief can be granted because the labels of the bottles and cans identify all five locations that Kona is brewed.  Id. at *6.  The court, however, found that the statements and imagery on the packaging, particularly the map of Hawaii identifying the Kona brewery, the Hawaii address of the brewery, and the invitation to visit the Hawaii brewery could possibly lead a reasonable consumer to believe that the beer was brewed in Hawaii.  Id. at 7.  The court also stated that the identification of all five breweries on the labels of the bottles and cans is insufficient to eliminate any potential confusion because consumers are not required to remove bottles and cans from their outer packaging to ascertain whether the representations on the packaging are misleading.  Id.  The court therefore denied Craft Beer Alliance’s motion to dismiss.

The court’s ruling differs from other recent rulings in lawsuits against the makers of Foster’s (Nelson v. MillerCoors, LLC, 2017 WL 1403343 (E.D.N.Y. 2017)), Red Stripe (Dumas v. Diageo PLC, 2016 WL 1367511 (S.D. Cal. 2016)), and Sapporo (Bowring v. Sapporo, 234 F.Supp.3d 386 (E.D.N.Y. 2017)), all of which dismissed similar putative class action claims because the labels identified that the beers were brewed in the United States, not in the foreign countries from which the plaintiffs contended they were lead to believe the beer was produced.  The ruling, however, is not unprecedented.  In Marty v. Anheuser-Busch Companies, LLC, 43 F.Supp.3d 1333 (S.D. Fla. 2014), a class action claim against the maker of Becks, Anheuser Busch, for marketing that allegedly deceived the plaintiffs into believing Becks was brewed in Germany, not the United States, was permitted to proceed despite the labels stating that the beer was brewed in the United States.  Anheuser Busch eventually settled the lawsuit for $20 million.

END_OF_DOCUMENT_TOKEN_TO_BE_REPLACED

On October 4, 2016, plaintiffs Dominick Owens, Rachael Bell, and Mark Zych (collectively, “Plaintiffs”) filed a class action complaint against the City of Philadelphia in the Philadelphia County Court of Common Pleas, in Owens, et al. v. City of Philadelphia, No. 161000388.  The complaint alleges that the Philadelphia Police Department (“PPD”) has been issuing speeding tickets on highways such as I-95, I-76, and I-676, knowing that it lacked the authority to do so, since at least July of 2012.  Specifically, under the Vehicle Code, local police such as the PPD are prohibited from issuing speeding citations on highways such as I-95 without a speed enforcement agreement (“SEA”) with the Pennsylvania State Police (“State Police”).  The complaint further alleges that on July 17, 2012, then-police commissioner Charles Ramsey issued a memorandum notifying all PPD personnel that the State Police had decided not to enter into a new SEA with the PPD covering I-95, I-76, and I-676; and as such, the PPD was prohibited from issuing speeding citations on those highways within the City of Philadelphia.  Plaintiffs allege that, despite the July 17, 2012 memo (that is, despite knowing it lacked authority), the PPD has continued to issue speeding citations on I-95, I-76, and I-676 to this date, without ever having entered into a new SEA with the State Police – i.e., the PPD has been operating under a de facto policy of illegally stopping and citing motorists on I-95, I-76, and I-676.  Plaintiffs allege that, based on the PPD’s knowingly false representation that it had authority to issue speeding citations on I-95, I-76, and I-676, Plaintiffs paid fines, attorneys’ fees, court costs, and increased car insurance rates associated with speeding citations they received from the PPD, and have therefore been damaged.  Plaintiffs also allege that they were improperly detained in violation of their constitutional rights.  The complaint contains counts against the City of Philadelphia for fraud, negligent misrepresentation, unjust enrichment, and violation of 42 U.S.C. § 1983.  Plaintiffs are represented by the law firm Kang Haggerty LLC.

The question of whether student-athletes in college sports are adequately compensated for their services is a debate that has persisted for many years. It has recently become a particularly hot topic in light of a decision by the National Labor Relations Board that Northwestern University’s football players can unionize; as well as a study done by Drexel University and the National Collegiate Players Association that says that the average college football player is worth $178,000 per year, and the average college basketball player, $375,000 per year.
On one hand, student-athletes receive what otherwise would be expensive tuition, room, and board at no cost; other than the time they spend playing and training for a sport they presumably love. On the other hand, colleges – particularly colleges with juggernaut football and basketball programs – generate obscene amounts of money from these student-athletes’ services; which makes the tuition, room, and board the athletes receive look meager by comparison.