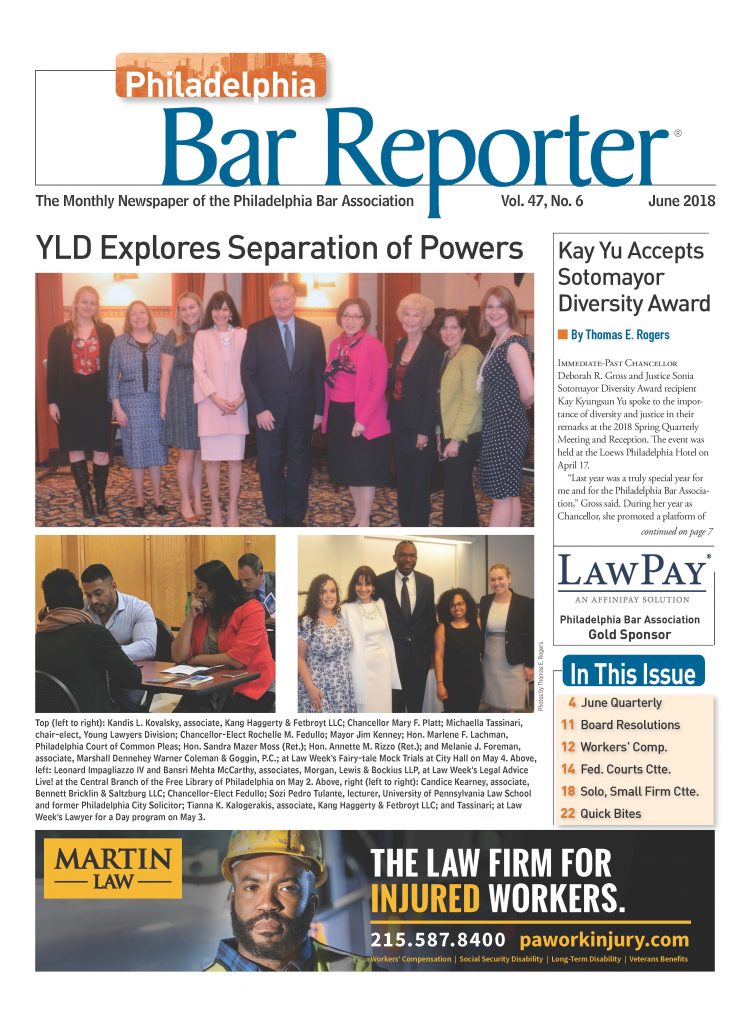 The Philadelphia Bar Association extends the celebration of Law Day to encompass an entire week. The Young Lawyers Division coordinates programs throughout the city with various schools and communities. These programs include Lawyer for a Day, Fairy-tale Mock Trials, Legal Advice Live, and Lawyers in the Classroom. END_OF_DOCUMENT_TOKEN_TO_BE_REPLACED