My last article, dated Jan. 25, visited the RICO pleadings requirement in light of the class action RICO lawsuit filed against Harvey Weinstein. The Weinstein RICO action is brought under the most popular section—Section 1962(c). In the article, I discussed the stringent requirements of pleading and proving civil RICO claims and outlined some of the obstacles for plaintiffs. 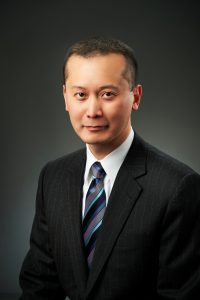 The complexity with RICO (the Racketeer Influenced and Corrupt Organizations Act), however, does not end there. Almost all RICO lawsuits filed are brought under Section 1962(c) (note: violation under Section 1962(d) relating to conspiracy to violate a substantive section is routinely asserted whenever there is a violation of a substantive section). But, what about Sections (a) and (b)? Why are these sections rarely used? Is it because these sections are generally inapplicable? While the specificity of Sections 1962(a) and (b) compared to the breadth of Section 1962(c) is a reason these sections are not commonly used, it is also because they are more difficult to understand, and often misunderstood. In effect, these sections have become virtually forgotten. While many lawyers have an understanding—ranging from basic to advance—of Section (c), far fewer understand (a) and (b).

Section 1962(a) is primarily concerned with money laundering activity. This section makes it unlawful for “any person who has received any income derived … from a pattern of racketeering activity … to use or invest … any part of such income … in acquisition of an interest in … any enterprise ….” Here, the RICO enterprise is the “prize” of the racketeers whereas the RICO enterprise is the “instrument” of the racketeers under Section 1962(c).

Section 1962(a) prohibits investing any income derived from a pattern of racketeering activity to acquire any interest in an enterprise. The section prohibits a person from using “dirty money,” for instance, to buy a membership interest in a legitimate business. As stated above, money laundering is typically the most common goal of the racketeers under this section. By investing dirty money into a legitimate business and, in turn, using the business to write checks to themselves (or affiliates), the racketeers complete the money laundering cycle.

To have standing under this section, a plaintiff must plead and prove that he was injured from the “use” or “investment” of dirty money. Alleging that the plaintiff was injured from the racketeering activity is not sufficient. Although there is a circuit split about the type of injury necessary to confer standing under Section 1962(a), the majority view, which is followed by the U.S. Court of Appeals for the Third Circuit, holds that the investment (or use of dirty money) itself must proximately cause the plaintiff’s injury, as in Guy’s Mechanical Systems v. FIA Card Services, 339 Fed.App’x. 193, 195 (3d Cir. 2009). The Third Circuit has held that the same act cannot constitute both the predicate act through which dirty money was realized and the later investment of that money in a way that harms the plaintiff, as it would blur any distinction between Sections 1962(a) and 1962(c).

To establish Section 1962(a)’s standing requirement, plaintiffs often allege a “reinvestment” injury caused by reason of a violation of Section 1962(a). For example, plaintiffs will allege that the defendants, through an enterprise, acquired dirty money through a pattern of racketeering and then used and invested the dirty money back into the enterprise to keep it alive, so it continued to injure others, and eventually the plaintiff. Under the majority approach, it is usually insufficient to allege that the defendant only reinvested the proceeds of racketeering activity in its current business activities, thus allowing the alleged violations to continue. The relationship between the investment and injury cannot be that distant. This is understandable as, over the long term, businesses generally reinvest their profits, regardless of the source. As such, almost every racketeering act by a company will have some connection to the proceeds of an earlier act. Section 1962(c) is generally the proper avenue to redress injuries caused by the racketeering acts themselves.

The late Judge Richard Posner discussed how to successfully plead a RICO violation under Section 1962(b). Reversing the district court’s decision to dismiss a RICO complaint, Judge Posner said the “complaint also alleges that the defendants acquired control of [the enterprise] by means of the fraud … this is a good allegation under section 1962(b),” as in Sutliff v. Donovan Companies, 727 F.2d 648, 653 (7th Cir. 1984). In that case, a plaintiff, who was suffering from mental illness, alleged that two individual defendants took advantage of her mental state, gained control of her oil wholesale business, and caused the business to sell oil to them below cost, which they resold at a profit but below the market price. While the defendants made money from profiting from the business, the business that sold its products below cost could not sustain the loss, and it collapsed. According to Judge Posner, the plaintiff had standing under Section 1962(b) because she was injured by the defendants’ acquisition of control of the business. Stated differently, the plaintiff had an acquisition injury, which is necessary under Section 1962(b).

Although Sections 1962(a) and (b) are rarely used (and even more rarely survive dispositive motions), they provide a powerful tool when used properly. The days of a gangster demanding a protection fee from local business owners might be over. That does not mean the criminals are gone. To the contrary, there are equally as many criminals (if not more) exist today as they did before. They are just more sophisticated today, using more sophisticated means of racketeering activity. When you remove the various means of cover-ups, however, you will find that many seemingly sophisticated schemes still involve basic fraudulent structures that meet the elements of the RICO statute. That means, with proper research and homework, you too can bring a successful RICO action under Sections 1962(a) and (b).

Reprinted with permission from the March 22nd edition of “The Legal Intelligencer”© 2018 ALM Media Properties, LLC. All rights reserved. Further duplication without permission is prohibited, contact 877-257-3382 or reprints@alm.com.