On Monday, August 24th Kang Haggerty Associate Tianna Kalogerakis joins Judge Ann M. Butchart, Anjelica Hendricks, Stephen Kulp and Jennifer Coatsworth to present a CLE on professional inclusion. The CLE, Professional Inclusion: Sexual Orientation, Gender Identity and Rule 8.4(G), Prohibiting Discrimination “In The Practice of Law,” will address the June 8, 2020 Pennsylvania Supreme Court ruling, diversity training on the same and a lawsuit recently filed to prevent its implementation.  The CLE is moderated by Amanda J. Dougherty and is co-hosted by the Philadelphia LGBTQ Bar Association and the Barristers Association of Philadelphia. 50% of the proceeds will be donated to the National Black Justice Coalition. 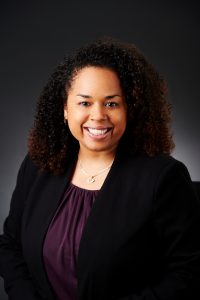 It takes time for a new attorney to gain the experience necessary to be competent on specific areas of law.  Once new attorneys gain that experience, often they are the least senior voice on a given topic and public speaking opportunities are afforded to more tenured attorneys with expertise.

A lack of expertise on a subject matter does not however, preclude newer attorneys from participating in public speaking events.  Namely, newer or junior attorneys need not be experts to competently moderate a panel discussion or publicly interview an expert on a given subject area, and these opportunities can raise the profile of a newer attorney.  These opportunities are of particular significance for minorities who are often underrepresented in the legal profession.  Seasoned attorneys who are mentors or sponsors to junior attorneys should seek to “place” their mentees in these moderator or interviewer roles to increase a group’s recognition of the new attorney as these roles often are accompanied by promotional materials or articles summarizing the event and can be featured on the junior associate’s profile.

I have twice had the opportunity to moderate panel discussions; once as a member of the Temple Law Alumni Women’s Leadership Initiative, and a second time at the 2019 Philly SHRM Symposium.  Both times, these opportunities were presented to me through my longtime sponsor and friend Sheryl Axelrod, Esquire who is a diversity expert. END_OF_DOCUMENT_TOKEN_TO_BE_REPLACED

The Philadelphia Bar Association extends the celebration of Law Day to encompass an entire week. The Young Lawyers Division coordinates programs throughout the city with various schools and communities. These programs include Lawyer for a Day, Fairy-tale Mock Trials, Legal Advice Live, and Lawyers in the Classroom. END_OF_DOCUMENT_TOKEN_TO_BE_REPLACED