COVID-19 Update: FAQ and Other Information for Clients
Firm News
News » Legal Intelligencer: Protective Orders in the Age of E-Discovery 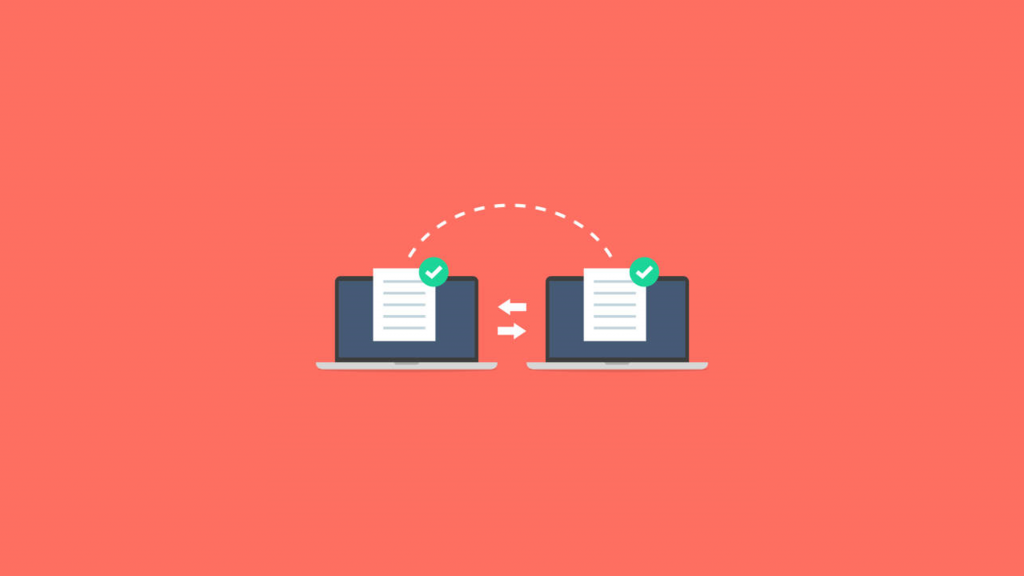 In the July 8, 2021 edition of The Legal Intelligencer Edward T. Kang and Ryan T. Kirk of Kang Haggerty co-authored “Protective Orders in the Age of E-Discovery.”

Electronic discovery and its transformational consequences have been a defining feature of 21st century litigation. The sheer proliferation of data and associated complexity has necessitated the development of specialized software to manage and catalog this information. Data have become so complex that protocols surrounding metadata, i.e., data about data, have become a regular aspect of the discovery process. Agreements regarding the use and discoverability of electronically stored information (ESI) are commonplace in any case with a sufficiently large volume of documents.

Overlapping with the rise of e-discovery, and partially driven by it, has been the increasing prevalence of parties seeking protective orders. While the use of protective orders in litigation predates e-discovery, some producing parties now use the sheer volume of data available as an excuse to seek protective orders governing its disclosure. Litigants are often forced to “negotiate” protective orders and ESI protocols to jointly submit to the court. But these negotiations are a classic case of information asymmetry; the party with access to more data has a clearer idea of how to craft these agreements in its favor. Exploiting this leverage can prevent the unwanted disclosure of information that otherwise would become part of the public record.

In legal systems that value transparency, as ours tries to, court filings are the archetypal example of something falling within the public record. Some parties, however, are uncomfortable with resolving their disputes in a public forum, especially defendants who may face potential liability from future plaintiffs bringing similar suits. To avoid such transparency, a growing trend has been for parties to seek protective orders governing the use and disclosure of “confidential” information before even moving forward with the discovery process.

While the litigation process has always involved access to personally or commercially sensitive information, these concerns have multiplied in the digital age. Unfortunately, parties wishing to prolong or delay the litigation process often use their usual arsenal of tactics through raising boilerplate objections, filing responses at the last possible moment, and seeking extensions whenever available. And the use of protective orders, originally conceived as an exception to the general rule, has been weaponized by some parties as just another dilatory tactic to obstruct the litigation process. This column discusses the history of protective orders, their modern usage, and when this usage strays into the territory of abuse.

In the past, discovery would typically be filed with the court, to which the public had a presumptive right of access. See Robert Timony Reagan, ”Confidential Discovery: A Pocket Guide on Protective Orders,” Federal Judicial Center, at 2 (2012). As cases grew more complex, it quickly became unwieldy for courts to store the discovery records for every case listed on their docket. This led to the modern practice of exchanging discovery between the parties only, and attaching only relevant exhibits for the court to review.

While most discovery is no longer filed with the court, a strong presumption still exists of public access to evidence admitted at trial or considered by courts when deciding the merits of a case. This is more than just public policy underlying the discovery process; it falls within the ambit of First Amendment rights, as discussed in Seattle Times v. Rhinehart, 467 U.S. 20 (1984). There, the leader of a religious group allegedly engaged in scandalous and sensational practices sued the Seattle Times for its coverage of his church. During discovery, the Seattle Times sought information relating to the financial affairs and membership of the organization. The plaintiffs, whose very purpose for instituting the suit was to stop the allegedly defamatory coverage of their organization, obviously did not want to give the newspaper further ammunition. To prevent this, the plaintiffs sought and were granted a protective order prohibiting “publishing, disseminating, or using the information in any way except where necessary to prepare for and try the case.”

On appeal, the Seattle Times raised First Amendment grounds, arguing that there was a legitimate public interest in this information and that the protective order acted as an unconstitutional prior restraint on free speech. While the Supreme Court agreed that information obtained through discovery will almost always be protected speech, that does not mean “that a litigant has an unrestrained right to disseminate” such information. Because the rules allowing parties to obtain discovery at all “are a matter of legislative grace,” the court held that the legislature is equally free to allow protective orders governing the dissemination of this information.

The Supreme Court’s opinion in Seattle Times assuaged many of the concerns trial courts had regarding the issuance of protective orders. A decade after its issuance, the U.S. Court of Appeals for the Third Circuit analyzed the “widespread and increasing use by district courts of confidentiality orders to facilitate settlements, and the consequential sacrifice of public access to the information deemed confidential by such orders.” See Pansy v. Borough of Stroudsburg, 23 F.3d 772, 775 (3d. Cir. 1994). There, a third party-intervenor newspaper sought to obtain copies of a settlement agreement purportedly protected by a confidentiality order. Finding that the potentially untimely intervenors nevertheless had standing to challenge the confidentiality order, the Third Circuit relied on the strong public policy arguments favoring disclosure, Pennsylvania’s freedom of information laws, and the general consensus among courts that such orders should be subject to significant scrutiny.

As the Pansy court observed in 1994, “disturbingly, some courts routinely sign orders which contain confidentiality clauses without considering the propriety of such orders, or the countervailing public interests which are sacrificed …” Unfortunately, this trend shows no signs of abating, and it has become common practice for producing parties to seek protective orders limiting the public’s access to information obtained in discovery. “Umbrella” protective orders, which allow a party to designate whatever documents they see fit as confidential, are routine in many forms of litigation. While the burden is always on the party seeking confidentiality to demonstrate good cause for such a designation, these umbrella protective orders place the burden of raising such an objection on the non-producing party. See Cipollone v. Liggett Group, 785 F.2d 1108, 1122-23 (3d. Cir. 1986).

The good faith use of umbrella protective orders can legitimately improve the speed and efficiency of litigation, as it needlessly prolongs discovery if a producing party has to individually move document-by-document to designate clearly confidential records as such. This is still true in modern litigation, which can involve the production of voluminous and highly sensitive ESI. But umbrella protective orders can also be easily abused. A producing party’s wanton or excessive use of confidential designations forces their opponent to challenge these designations document-by-document. Further, a common feature of most e-discovery platforms is the ability to mass-designate a selection of documents as confidential, allowing producing parties to easily designate thousands of documents as such but forcing challenging parties to raise their objections document-by-document. While the legal burden never shifts from the producing party, litigants wishing to delay or drive up the cost of litigation can easily do so through frivolous use of confidential designations.

Of course, none of this is to say that protective orders should never be issued. There are sometimes compelling reasons that a confidentiality order should be entered, with the classic example being to protect trade secrets. See Reagan, Confidential Discovery at 7. In suits between competitors within the same industry, it is common practice for courts to allow “attorney eyes only” designations to prevent the harmful disclosure of proprietary information. Such an order prevents counsel from sharing relevant information with their own client in order to ease concerns regarding the improper dissemination of commercially sensitive documents. Further, because the metadata associated with these documents can easily track who has accessed them, such designations no longer must rely on the honor system.

Even compelling rationales like protecting trade secrets cannot justify using disproportionately broad and untethered confidentiality orders. In Smith v. BIC, 869 F.2d 194 (3d. Cir. 1989), the plaintiff, allegedly injured by a defective lighter, sought discovery regarding “design information, safety test results, and information regarding other complaints and accidents.” The defendant corporation raised the usual objections of relevance and overbreadth, but also sought a confidentiality order to protect its trade secrets. The trial court denied such an order, and BIC Corp. predictably appealed. On review, the Third Circuit found that the defendants had stated good cause for a protective order relating to trade secrets, but that the order should be limited to just those: trade secrets. Despite BIC’s contentions, records relating to other complaints and accidents were not trade secrets, and the defendants failed to state sufficient reasons that this information should be protected.

The increasing prevalence of broad, disproportionate confidentiality orders is a concerning trend, especially because they are frequently abused by producing parties (usually defense counsel) seeking to sandbag the litigation process. When handling a case involving a lot of ESI, practitioners should negotiate both ESI protocols and confidentiality (or protective) order from the very beginning of the case. Some counsel will likely insist on a very broad definition of the term “confidential material” on a protective order (e.g., insisting that anything personal or proprietary would be confidential even though, by definition, any nonpublic material is generally either “personal” or “proprietary”). Even if the negotiation process takes some time and efforts, it would be prudent to have a narrow definition of “confidential material” (e.g., limiting the definition to include only trade secrets). Protective orders were originally developed as an exception, not the norm. While e-discovery has exponentially increased the volume of discovery available, practitioners should not conflate size with sensitivity.

Edward T. Kangis the managing member of Kang Haggerty. He devotes the majority of his practice to business litigation and other litigation involving business entities. Contact him at ekang@kanghaggerty.com.

Reprinted with permission from the July 8, 2021 edition of “The Legal Intelligencer” © 2021 ALM Media Properties, LLC. All rights reserved. Further duplication without permission is prohibited, contact 877-257-3382 or reprints@alm.com.