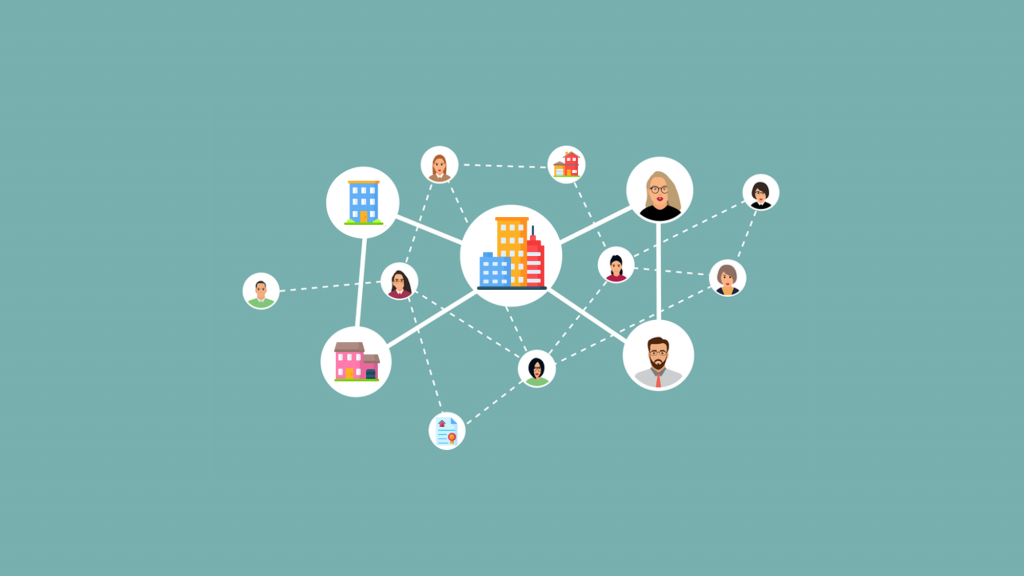 In June, the Pennsylvania Supreme Court granted an appeal that could radically alter existing state law on corporate liability based on the veil-piercing theory. The case, arising from a dram shop tort action, is poised to test Pennsylvania law’s “strong presumption” against piercing the corporate veil.

In June, the Pennsylvania Supreme Court granted an appeal that could radically alter existing state law on corporate liability based on the veil-piercing theory. The case, arising from a dram shop tort action, is poised to test Pennsylvania law’s “strong presumption” against piercing the corporate veil. Hoping to recover damages from an affiliated corporation that was not a defendant at trial, the plaintiff in Mortimer v. McCool, was granted an appeal on the basis of the so-called “single business enterprise” or “single entity” theory. See Mortimer v. McCool, Nos. 20 MAL 2020, (Pa. June 22, 2020). Not currently adopted in Pennsylvania, the theory may be applied to allow a plaintiff to reach the assets of one or more affiliated corporations of the debtor when those “corporations share common ownership and are, in reality, operating as a corporate combine.” See Miners v. Alpine Equipment, 722 A.2d 691,695 (Pa. Super. 1998). Courts discussing or adopting the enterprise theory have found its rightful target to be corporate entities that have integrated business ownership and assets to achieve a common business purpose. Thus, in an important sense, by operating what is essentially a “single business enterprise” split into multiple affiliated entities (often purely for the sake of avoiding liability), owners of such enterprises open the door for the courts to impose shared liability. In the past, I have written about veil-piercing in Pennsylvania generally, as well as in specific regard to LLCs and the “alter ego” theory. This column addresses the implications of the Mortimer appeal and the “enterprise” theory for Pennsylvania corporate liability law.

Corporate forms offer crucial protections for shareholders (partners, members, etc.), limiting their liability exposure to creditors of corporate entities. Insulation from liability promotes investment in new business enterprises and fuels positive risk-taking and innovation. In short, the “veil” that the law places between a corporate form and its owners serves a vital purpose in the market economy. Nevertheless, Pennsylvania state and federal courts have long considered several factors that may compel them to pierce the corporate veil. Among those factors are using the corporate form to perpetrate fraud or illegal activity, ignoring corporate formalities, undercapitalizing the entity, and controlling or dominating the entity for personal interests. See Lumax Industries v. Aultman, 669 A.2d 893,895 (Pa. 1995). While no one factor is decisive, Pennsylvania courts appear most willing to pierce the veil in situations in which shareholders operating a sham corporation deprive an innocent creditor of the right to collect damages.

In Mortimer v. McCool, the plaintiff originally brought a dram shop action against 340 Associates. A limited liability company with two members—Michael Andrew McCool and Raymond McCool—340 Associates held the liquor license for the tavern in which the motorist who struck Mortimer had been overserved. 340 Associates had been formed and operated for the sole purpose of owning and holding the liquor license. The McCools were also members of a separate LLC, McCool Properties, which owned the building in which the tavern was located and which enjoyed the benefit of the liquor license through the collection of rent from the tavern’s tenant. Mortimer prevailed in the dram shop action and was awarded $6.8 million by a jury. Unable to recover full judgment from 340 Associates, Mortimer sought the remaining damages from McCool Properties and the McCools personally, under the “enterprise” or “single entity” theory. The trial court and the Superior Court refused to pierce the veil. The latter rejected Mortimer’s arguments, stating that “Pennsylvania has repeatedly refused to adopt the ‘enterprise entity’ or ‘single entity’ theory.” See Mortimer v. McCool, Nos. 3583 EDA 2018, 2019 WL 6769733 (Pa. Super Ct. 2019). In the appeal to the Pennsylvania Supreme Court, Mortimer cited not only the elements of the theory and the need for equitable remedy, but also certain facts regarding Defendants’ poor conduct. At the time of Mortimer’s accident, for instance, the McCools’ liquor liability insurance had lapsed despite several incidents of disturbance at the bar earlier, including a fatal stabbing. And, while Mortimer’s dram shop action was still pending against 340 Associates, the McCools “sold” the liquor license allegedly well-below market value to the new tenant of the tavern in a deal that, upon termination of the new tenant’s lease, called for the assignment of the license to McCool Properties.

Like most other states, Pennsylvania only contemplates piercing the veil as “an extraordinary remedy preserved for cases involving exceptional circumstances.” See Village at Camelback Property Owners Association v. Carr, 538 A.2d 528, 533 (Pa. Super. 1988); see also Lumax. One example is the commingling of personal and company interests such that the company and its owner act as one. See College Watercolor Group v. William H. Newbauer, 360 A.2d 200 (Pa. 1976); see also Ashley v. Ashley 393 A.2d 637 (Pa. 1978). Pennsylvania veil-piercing doctrine has never, however, disregarded the legal separateness of two “sister” corporations—referred to as lateral piercing—to provide relief of the kind sought in Mortimer.

Notably, Pennsylvania has adopted the “alter ego” theory, which can be applied when a nonresident parent entity is found to be so much in control of a local subsidiary that one is said to be the “alter ego” of the other. See Miners v. Alpine Equipment, 722 A.2d 691, 695 (Pa. Super. 1998). Often enough, large out-of-state companies spawn what are in effect “sham” Pennsylvania-based subsidiaries simply to limit their liability. In these cases, adopting the “alter ego theory,” courts have pierced the veil to bring the parent entity under their jurisdiction. Interestingly, a 2009 review by a federal bankruptcy court predicted that the “Pennsylvania Supreme Court would likely adopt the ‘single entity theory’ for the same limited purpose it chose to adopt the ‘alter ego theory’—to prevent fraud or injustice.” See In re LMcD, 405 B.R. 555,565 (Bankr. M.D. Pa. 2009).

While “control” is the key consideration in determining alter ego jurisdiction, “identity” or “integration” lies at the heart of the single business enterprise theory. In Miners, the Superior Court described the theory’s requirements as “identity of ownership, unified administrative control, similar or supplementary business functions, involuntary creditors, and insolvency of the corporation against which the claim lies.” These requirements are all in play in Mortimer. Indeed, both 340 Associates and McCool Properties appear to have been created at the same time, by the same members, to serve a common purpose: owning and controlling a tavern. 340 Associates held the license and insulated McCool Properties against liability flowing from the license. It had no income, employees, or expenses, and provided no additional benefit to its members. McCool Properties in turn collected rent from the tavern inflated by the presence of the license without having any exposure to the risk associated with the license. Such an arrangement, even leaving aside issues of conduct, invites the court to consider the two entities as a single “corporate combine.”

The forthcoming decision in Mortimer may also provide guidance on veil-piercing LLCs in Pennsylvania. As I discussed in my previous article on piercing LLCs, due to being a “new” corporate legal form, there is a relative lack of statutes and analysis by the courts on this subject. The Superior Court has noted that “there are no federal or state decisions under Pennsylvania law that permitted the piercing of the corporate veil of a limited liability company.” See Advanced Telephone Systems v. Com-Net Professional Mobile Radio, 846 A.2d 1281 (Pa. Super. 2004). But, the court went on to concede that “the Limited Liability Company Law of 1994 contemplates ‘that in the appropriate case the doctrine of piercing the corporate veil will be applied to a limited liability company.’” See committee comment on 15 Pa.C.S.A. Section 8904, fully repealed as of 2017. In practice, many of the same factors and theories applying to veil-piercing generally may be brought to bear on LLCs, with the exception of undercapitalization and the ignoring of corporate formalities (LLCs are often used by undercapitalized start-up ventures and the “corporate formalities” are minimal).

The Mortimer case has already garnered the attention of influential professional networks on either side of the issue in the form of amicus curiae briefs from the Pennsylvania Association for Justice (formerly Pennsylvania Trial Lawyers Association) on behalf of the appellant, and the Chamber of Commerce of the United States of America and many others on behalf of the Appellees. Advocates for Mortimer have promoted veil-piercing as an available equitable remedy and decried the use of a corporate entity to hold a liquor license and nothing more to be a “subterfuge to avoid responsibility for wrongdoing.” See Brief for Pa. Super. as Amicus Curiae, pg. 2, Mortimer vs. McCool. The opposition has worried that “adopting the single entity or enterprise theory would wreak havoc among businesses in Pennsylvania and impede economic growth.” See Brief for Pa. as Amicus Curiae, pg. 31, Mortimer vs. McCool, Nos. 37 & 38 MAP (2020). Viewed at its most broad, what is at stake in Mortimer is the delicate balance of equity between a business community that relies on limited liability to thrive and a public that needs protection from abuses of sham corporate form. When defendants use the corporate veil to defraud the public intentionally, they damage public trust and forfeit their privileges under the law. Then it is left to the courts to restore equity through whatever remedy may be most readily available to them, even if this means, as in the case of Mortimer, adopting a controversial theory and applying it in very limited situations.

Edward T. Kang is the managing member of Kang Haggerty & Fetbroyt. He devotes the majority of his practice to business litigation and other litigation involving business entities.

Reprinted with permission from the November 5, 2020 edition of “The Legal Intelligencer” © 2020 ALM Media Properties, LLC. All rights reserved. Further duplication without permission is prohibited, contact 877-257-3382 or reprints@alm.com.