COVID-19 Update: FAQ and Other Information for Clients
Firm News
News » Legal Intelligencer: Edward T. Kang on Being Careful What You Say in Settlement Discussions 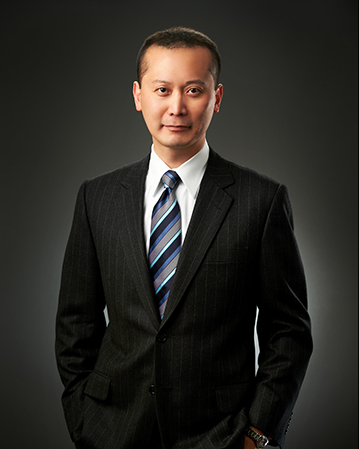 In the July 27, 2017 edition of The Legal Intelligencer, Kang Haggerty Managing Member Edward T. Kang writes on Being Careful What You Say in Settlement Discussions.

Be Careful What You Say in Settlement Discussions

There seems to be a common misunderstanding about the proper way to use Rule of Evidence 408 relating to evidence of offers of compromise and settlement discussions. Let’s take the recent Bill Cosby criminal trial as an example. In March, Cosby moved to dismiss any evidence regarding any aspect of settlement of the civil action between him and Andrea Constand from 2006. He argued in part that evidence of the civil settlement was inadmissible under Pennsylvania Rule of Evidence 408. The court disagreed with that argument, however, reasoning that the settlement documents were relevant to show Cosby’s consciousness of guilt and efforts to obstruct the criminal investigation. The court ultimately did not allow the jury to hear any evidence of settlement of the civil suit. While the court neither issued an opinion nor provided any reasoning for its decision to exclude the evidence of civil action settlement, Cosby’s defense team had argued both that the exceptions to Rule 408 did not apply and that the evidence was unfairly prejudicial under Rule 403. Nevertheless, the court’s rejection of Cosby’s argument that evidence of settlement is inadmissible under Rule 408 demonstrates practitioners’ need to better understand the rule: Had the evidence of civil action settlement been admitted, the Cosby criminal trial might have had a different outcome. This rule has the potential to change the trajectory of a trial and greatly influence the jury.

Many lawyers, and even judges, commonly believe Rule 408 to be an absolute rule that prohibits any party from using settlement negotiations or the fact of settlement for any purpose. This rule causes lawyers to immediately think that any document related to settlement cannot be used in trial if the document contains “furnishing, promising, or offering—or accepting, promising to accept or offering to accept—a valuable considering in compromising or attempting to compromise the claim and conduct or a statement made during compromise negotiations about the claim.” This is a misperception. The reality of Rule 408 and its application is more nuanced. Although evidence of settlement, or the content of settlement negotiations, is frequently inadmissible, there are circumstances in which such evidence can be admitted at trial, and used effectively.

Used in the correct way, Rule 408 can allow evidence that can change the course of a trial. In the first place, much of the confusion surrounding Rule 408 originates from the words “disputed claim.” Rule 408 can only be applied when a “dispute” existed when the evidence in question was created. That, however, leaves room for what is defined as a dispute, a question on which courts’ opinions vary. Some have said that Rule 408 can be applied when there is a difference of opinion such as making the adverse party aware of one’s concerns. Other courts have analyzed what is defined as a claim and defined it as generally as “litigation touching on the same underlying facts.”

Rule 408 only covers certain types of evidence. It clearly covers evidence of settlement demands or offers; however, evidence created independently of settlement, even if the evidence was exchanged during settlement negotiations, is not protected. Evidence created for settlement, even if the other side never sees the document, is prohibited under Rule 408 as “protection extends to legal conclusions, factual statements, internal memoranda and the work of lawyers and nonlawyers alike so long as the communications were ‘intended to be part of … negotiations toward compromise,'” see, e.g., Lyondell Chemical v. Occidental Chemical, 608 F.3d 284, 295 (5th Cir. 2010).

Even those settlement documents or communications relating to a “disputed claim” and which were created for settlement purposes can still be used effectively at trial. Far from being a blanket prohibition on evidence related to settlement or settlement negotiations, Rule 408 itself provides several exceptions.

The court is permitted to admit settlement-related evidence for purposes other than to prove liability or the amount of claim. One such purpose is to prove a witness’s bias or prejudice. This tends to be the most commonly used exception in trial as it can be particularly persuasive. I have also used settlement documents for this purpose, and it has been a useful tactic. For instance, in a recent case where the opposing party had already turned down a settlement offer, I was able to introduce evidence of that offer—and the other party’s rejection—to show the opposing party’s prejudice in the litigation. In that case, which involved two members of a limited liability company, the opponent turned down my client’s offer to buy out the opponent’s interest in the company, instead wanting to dissolve the company, which would have resulted in the opponent’s receiving a far smaller amount of money than what my client had offered. By rejecting the offer, I argued, the opponent’s primary goal was to hurt my client, who would have lost all his investment in the company had the company been dissolved. Over opposing counsel’s objection, the court allowed the evidence of settlement offer and rejection to show the opponent’s prejudice against my client. Used in this matter, evidence of settlement demand or offer can also be useful to persuade a judge or jury of your client’s credibility—or your opponent’s lack of credibility—in the litigation.

An obvious use of settlement demand or offer at trial is when the dispute is surrounding a disagreement about a completed settlement. In such cases, any settlement-related drafts or negations are fair game to be addressed in court. Settlement documents can also bring clarification to any terms that seem ambiguous or are misunderstood by one of the parties in such a way that leads to conflict. Once the court determines a settlement agreement is ambiguous, all settlement discussions leading to the settlement agreement are admissible to aid the court in interpreting the agreement.

Another use of settlement documents is in determining when a claim has accrued for statute of limitations purposes. This is commonly introduced in personal injury cases by defendants to show when exactly the plaintiff was made aware of any injuries. See, e.g., B&B Hardware v. Fastenal, 688 F.3d 917, 920 (8th Cir. 2012). Also in regard to injuries, settlements or payments to the injured person or respective parties do not count as admissions of liability by the payer unless they are distinctly agreed upon. Similarly, regarding property damage, a payment to the party whose property was damaged is not considered to be an admission of liability by the payer.

Pennsylvania Rule of Evidence 408 is modeled after Federal Rule of Evidence 408, but there is one significant difference. Unlike the Pennsylvania rule, Federal Rule 408 provides for the admissibility of conduct or statements made during negotiations, “when offered in a criminal case and when the negotiations related to a claim by a public office in the exercise of its regulatory, investigative, or enforcement authority.” Thus, statements made to government agencies, investigators or regulators in the civil context can be used in a later criminal trial. This part of the law was not written into Pennsylvania Rule 408 to avoid any conflict with Rule 546 of the Pennsylvania Rules of Criminal Procedure, which allows for the dismissal of certain criminal charges upon payment of restitution.

Making a Settlement Demand or Offer

The main purpose of Rule 408 is to encourage parties to engage in settlement negotiations freely without worrying about having those settlement discussions used against them at trial. As set forth above, however, Rule 408 does not provide a blanket protection from having settlement documents used at trial; rather, they can be used for many purposes. Evidence of settlement can be used against a party who participated in the settlement discussion. That means that settlement communications should be prepared carefully. Practitioners should weigh whether a settlement communication could be used against their client at trial. Any settlement demand or offer you make should be genuine and realistic; it should truly reflect what your client wants. If your client receives a settlement offer, you need to be careful in responding to the demand. If your client rejects the offer without a reasonable basis, it may be used at trial to prove your client’s prejudice or bias, which could have a devastating effect on your client’s credibility.

Reprinted with permission from the July 27 edition of The Legal Intelligencer”© 2017 ALM Media Properties, LLC. All rights reserved. Further duplication without permission is prohibited, contact 877-257-3382 or reprints@alm.com.