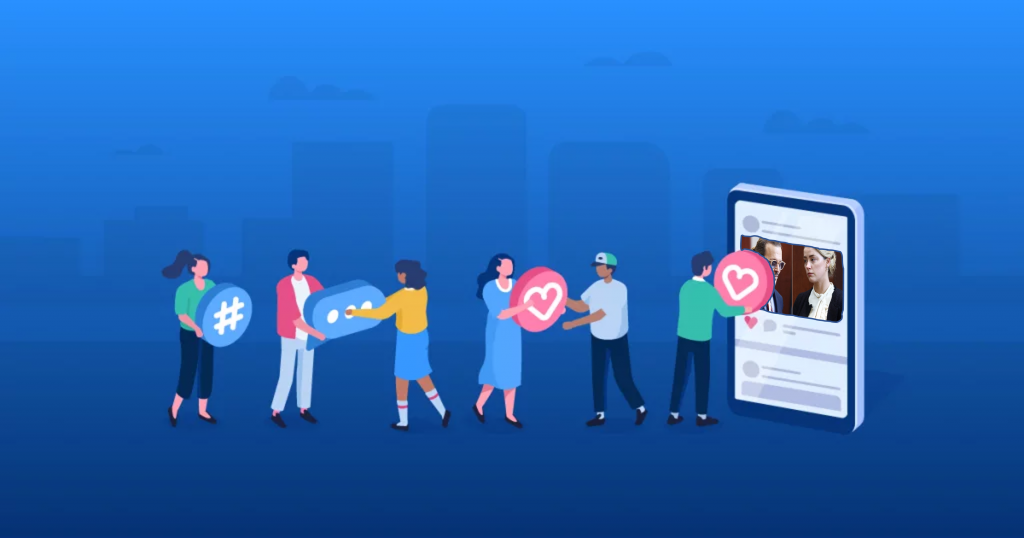 Beyond the substantive legal matters at issue, one procedural aspect of the trial has also generated significant attention; namely, that the entire proceeding was livestreamed for the public. We discuss below the pros and cons of such coverage, the history of recording devices in courtrooms, as well as provide recommendations for balancing the countervailing concerns at issue.

Over the past few months, the world has found itself embroiled in several compelling crises; the war in Ukraine, crushingly high inflation and the ongoing COVID-19 pandemic. Despite these weighty and important issues, one story has dominated the headlines like no other: the Depp v. Heard trial. Naturally, this story about a Hollywood power couple and the salacious allegations made against each other quickly became a tabloid favorite.

For those unaware, this case centered around the tumultuous and ill-fated marriage of actors Johnny Depp and Amber Heard. After their divorce, Heard made several public statements and published an op-ed claiming to be a “public figure representing domestic abuse” who “spoke up against sexual violence.” While not expressly named in these publications, Depp sued, claiming that these statements were defamatory statements about him and had damaged his career.

At trial, the evidence presented painted a tale of addiction and acrimony throughout the pair’s five-year relationship before their eventual divorce. Depp’s attorneys won praise for exposing inconsistencies in Heard’s case, and by the end of the trial, public support was decidedly in his favor. The jury awarded Depp $10 million in compensatory and $5 million in punitive damages. The jury also awarded Heard $2 million for one of her counterclaims for certain statements made by Depp’s attorney, but declined to award any punitive damages.

Public reaction to the verdict has not been uniform, although most agree that this has been a public relations victory for Depp. Beyond the substantive legal matters at issue, one procedural aspect of the trial has also generated significant attention; namely, that the entire proceeding was livestreamed for the public. We discuss below the pros and cons of such coverage, the history of recording devices in courtrooms, as well as provide recommendations for balancing the countervailing concerns at issue.

The basic argument supporting broadcast coverage of court proceedings is that it enhances the public’s ability to watch court proceedings, allowing millions to see what would otherwise be limited to the capacity of the courtroom itself. By doing so, supporters of this practice argue that the public becomes more engaged and informed as to the legal system and its operation. No doubt, these are laudable goals.

Critics of the practice point to the perverse incentives that public scrutiny can sometimes bring, the risk of improper juror influence, and the corruption of the legal system itself. In much of this country, including Pennsylvania, judges and prosecutors are elected. While everyone hopes that this would not come to bear, the presence of cameras in the courtroom may motivate these individuals to act in a way that promotes their political profile, and not the interests of justice. Similarly, if parties to the case know that the proceedings will be televised, they may attempt to use the legal system for purposes beyond enforcing and protecting their legal rights. For instance, most would agree that the public relations aspect of Depp v. Heard was at least as important to the parties as the substantive legal matters involved.

Relatedly, widespread media coverage can sometimes lead to a consensus effect, where the public quickly chooses a side, and dissent becomes heresy. The jury in Depp v. Heard was not sequestered and, while admonished by the judge not to conduct their own independent research, the media barrage accompanying the case made this a Herculean task. These concerns are exacerbated in the social media era, where information can spread faster and echo chambers can form more easily, providing a modern twist to an age-old dilemma. You did not need to go looking for the trial coverage, it came to you via many different means of the social media. In all likelihood, the jurors in Depp v. Heard found themselves in the same position as the general public, bombarded with constant trial updates and reactions.

The controversy surrounding media presence in the courtroom, especially in criminal cases, is almost as old as the camera itself. One of the first cases to confront this issue, State v. Hauptmann, 180 A. 809 (N.J. 1935), dealt with the kidnapping and murder of the Lindbergh baby. Everything about this case seemed assured to bring about a media circus: a celebrity couple, a contemptible crime and a tangled web of circumstantial evidence. The accused, an illegal immigrant who had fought against the United States in World War I, was not a particularly sympathetic character in the public eye. Hundreds of reporters descended on the Flemington, New Jersey courthouse in a scene that resembled a feeding frenzy more than a judicial proceeding. And while the New Jersey Supreme Court rejected any contention that this violated the defendant’s right to a fair trial, the ABA would amend its advisory Canons of Judicial Ethics two years later to forbid broadcast coverage of trials.

Decades later, in Estes v. Texas, 381 U.S. 532 (1965), another highly publicized case would reach the Supreme Court. Billy Sol Estes, a close friend and political ally of President Lyndon Johnson, was charged with “swindling” in a case that garnered nationwide coverage. Radio, television, and news photography were permitted at various times throughout the trial, and the recordings of these proceedings “clearly illustrate that the picture presented was not one of that judicial serenity and calm to which petitioner was entitled.” While the court emphasized the importance of public trials in the Anglo-American tradition, it also recognized that a certain level of publicity is so distracting and intrusive that it violates a defendant’s right to a fair trial. According to the court, this was such a case, and Estes conviction was overturned.

Following Estes, there was some confusion as to whether the court had announced a total prohibition on the broadcast coverage of trials, or if its holding was motivated by the particularly disruptive media presence in that case. In Chandler v. Florida, 449 U.S. 560 (1981), the court would answer this question in another sensational case. The defendants in that case, two Miami Beach police officers, were accused of robbing a popular local restaurant. Under a recently enacted Florida law, broadcast media were allowed to film these proceedings, subject to certain restrictions. These restrictions included limiting the media presence to one camera and one camera technician operating from a fixed location, a prohibition on recording the conversations between lawyers, and the judge’s discretionary power “to forbid coverage whenever it may have a deleterious effect on the paramount right of the defendant to a fair trial.” A unanimous Supreme Court held that these restrictions were sufficient to safeguard due process, and the convictions were upheld.

Since Chandler, states have created a patchwork of rules governing what type of recording devices are allowed in courtrooms and in what contexts. In Pennsylvania, the rules governing recording equipment in the courtroom are governed by 201 Pa. Code Rule 1910. This section announces a criminal prohibition on the use of recording devices “within a judicial facility” absent express approval of the judge. The statute then carves out exceptions, such as for the presentation of evidence or educational purposes. For nonjury civil proceedings, Rule 1910(B)(4) announces a more flexible standard, and arguments before the Superior Court are regularly livestreamed for the public.

Recently, due to the COVID-19 pandemic, the Pennsylvania Supreme Court issued Emergency Order of Statewide Judicial Administration Nos. 531 and 532. These provided that in proceedings where the public would otherwise have a right to spectate, “provision must be made to ensure some reasonable means of access.” The court specifically stated that “with respect to a proceeding conducted using audio-visual means, such public access may be effectuated during the proceeding by providing live-stream access …” For a short while, Philadelphia was one of the jurisdictions that allowed the livestreaming of trials, although this practice was quickly discontinued due to concerns of witness intimidation and harassment.

Between the extremes of secret tribunals and trial by TikTok, there exist a range of compromise options. For instance, some courts allow video or audio recording of proceedings, but mandate that these recordings only be released after the proceedings have concluded. Other courts allow livestreaming of arguments, but forbid recording these proceedings, a prohibition that relies largely on the honor system. Some jurisdictions will draw a distinction between jury and nonjury cases, and the right of a criminal defendant to a fair trial is especially sacrosanct. Overall, most jurisdictions give trial judges broad discretion as to when and how to allow recording equipment in their courtroom.

While it is likely that there is no Goldilocks solution to this conundrum, courts should be especially wary of allowing live coverage of proceedings in the social media era. Often, courts find themselves in a Catch-22; the select few cases that the public actually wants to watch are the ones where the risk of impropriety is highest. Courts should be more selective about which proceedings are broadcast, and should be especially concerned about media interference in jury trials if the jury is not sequestered.

Public access to court proceedings is worth protecting, but so is the right to a fair trial. And while these concerns are particularly acute in the criminal context, that is not to say that they are not also present for civil proceedings. Especially when the parties know that a case will generate significant public attention, there is always the risk that the legal system would be weaponized to pursue claims for reasons beyond their substantive merit. Trials are already invasive enough for litigants, and they should not have to litigate parallel proceedings in the court of public opinion.

Reprinted with permission from the June 16, 2022 edition of “The Legal Intelligencer” © 2022 ALM Media Properties, LLC. All rights reserved. Further duplication without permission is prohibited, contact 877-257-3382 or reprints@alm.com.