COVID-19 Update: FAQ and Other Information for Clients
Firm News
News » Legal Intelligencer: ‘Cosby’ and the Use of Prior Bad Acts in the Civil Litigation Context 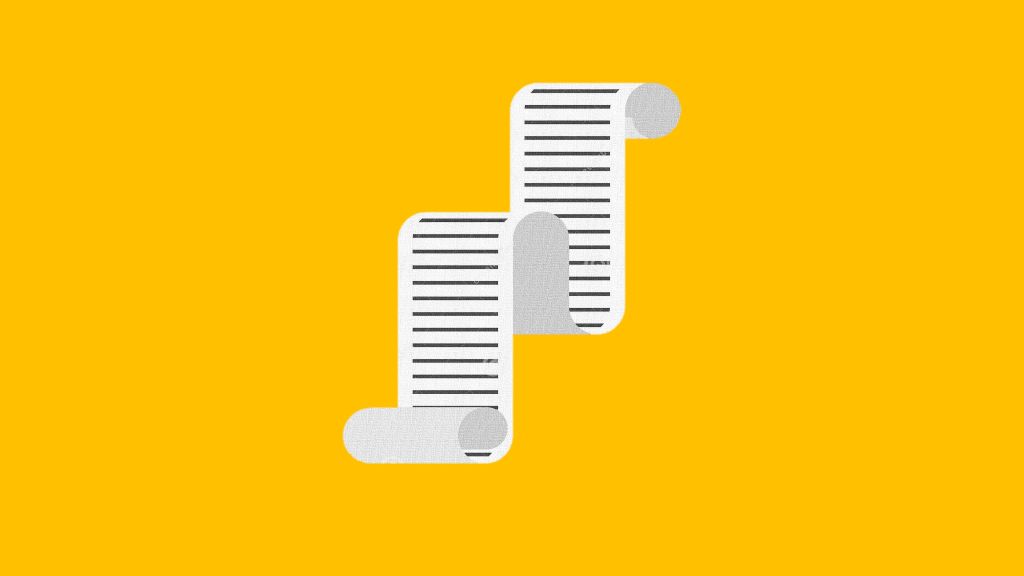 In the July 22, 2021 edition of The Legal Intelligencer Edward T. Kang and Ryan T. Kirk of Kang Haggerty co-authored “‘Cosby’ and the Use of Prior Bad Acts in the Civil Litigation Context.”

On June 30, the Pennsylvania Supreme Court authored another chapter in the saga of Philadelphia native Bill Cosby. With a career spanning the better part of a century, Cosby had successful forays into music, literature film, television and comedy. In recent years, however, Cosby has been famous for all the wrong reasons. Once known as “America’s Dad,” Cosby has been accused of a crushing deluge of graphic sexual assault allegations. These claims date back to the earliest days of Cosby’s career, span multiple jurisdictions, and have been levied by dozens of women of varying backgrounds and circumstances.

Notwithstanding their range and breadth, most of these allegations share one recurring theme: Cosby’s use of intoxicants to incapacitate his victim before the assault. As the Supreme Court noted, these similarities were described as his “unique sexual assault playbook” by the Pennsylvania Superior Court. Commonwealth v. Cosby, (Pa. 2021).

One of the allegations that fit this mold, a January 2004 encounter with Andrea Constand, formed the basis of Cosby’s arrest and prosecution over a decade later. Constand’s claims are typical of Cosby’s other accusers; he invited her over, offered her drinks and pills, waited for her to become intoxicated, and then sexually assaulted her. Unlike the other victims, however, Constand’s allegations would result in criminal charges.

While Constand filed a police report, this would not take place until a year after the incident. This, along with other credibility concerns and the lack of physical evidence, led then Montgomery County District attorney Bruce Castor to conclude that any criminal prosecution against Cosby would be futile. Still, Castor believed Constand’s claims had merit, and felt that under the right circumstances she could prevail in a civil suit where there would be a lower evidentiary threshold. This belief led to Castor’s decision to issue a signed press release declining to prosecute Cosby due to insufficient evidence.

Castor would later testify that his intent in issuing this statement was to permanently foreclose any threat of criminal liability relating to these allegations, forcing Cosby to testify without invoking his Fifth Amendment rights, and thus improve the chances that Constand would at least receive some restitution for the abuse she had suffered. In this respect, Castor’s plan worked. Cosby would testify for four days of depositions and eventually settle with Constand for $3.4 million. Further, not once during these depositions would Cosby refuse to testify on Fifth Amendment grounds.

This prosecutorial stratagem, of course, would later serve as the basis for Cosby’s conviction to be overturned. After three years in prison, and taking his case all the way to the Pennsylvania Supreme Court, Cosby successfully argued that his 2018 conviction should be overturned because of Castor’s 2005 “grant” of prosecutorial immunity and the reasonable reliance it engendered. The legal rationales surrounding this aspect of the decision have already generated significant commentary from various people. This column will instead focus on the court’s lengthy discussion of the Pa.R.E. 404 character testimony admitted in the case, as well as the distinguishable use of such testimony in civil suits. And Cosby contains as succinct a distillation of Pa.R.E. 404 as possible: prior bad acts evidence generally cannot be used to establish a criminal propensity or to prove that the defendant acted in conformity with the past acts, but such evidence can be used to show motive, opportunity, intent, preparation, plan, knowledge, identity, or absence of mistake or accident, so long as the probative value of the evidence outweighs its prejudicial effect.

One of the issues raised on appeal was the trial court’s decision to allow the introduction character evidence under Pa.R.E. 404(b)(2) to show motive, intent, knowledge, and absence of mistake. Five women, all telling similar stories, were allowed to testify regarding their past experiences of Cosby’s supplying them drugs and alcohol before sexually assaulting them.

The Supreme Court spends several pages describing this testimony in detail and the trial court’s decision to admit it. As the Supreme Court notes in its discussion, however, it clearly believed that the admission of this testimony was an error. Most notably, and despite nominally being discussed under the factual and procedural background section, the Court went out of its way to subtly distinguish Commonwealth v. Tyson, 119 A.3d 353 (Pa. Super. Ct. 2015) as relied upon by the Superior Court in upholding the use of this testimony. Although it chose to vacate Cosby’s conviction on other grounds, the court’s scrutinous discussion of the record hints that it would have ruled in his favor on this issue as well.

The Supreme Court’s skepticism of prior acts evidence is well-warranted, as our criminal justice system generally frowns upon trial by person’s character. That is, the law is intended to judge the person’s conduct, not the person’s character. Especially in criminal cases, where the awesome power of the state is pitted against an individual whose liberty is at stake, courts are reluctant to allow the introduction of evidence that is unrelated to the conduct at issue. It is not that our legal system does not consider this character evidence probative or relevant as it is probative (e.g., per our common experience we routinely judge one another based on the person’s character). The concern is that juries are likely to attach too great an importance on a person’s character when assessing whether the defendant is guilty of the crime that he is charged with.

But in civil cases, where litigants stand on more equal footing and the stakes are not as high— we acknowledge there are certain litigants who fight harder about money than about “liberty”— courts are more prone to admit such evidence. The public policies underlying the use of prior acts evidence predate Pa.R.E. 404 itself, as foreshadowed by Homewood People’s Bank v. Marshall, 72 A. 627 (Pa. 1909). The creditor-plaintiff, alleging that the debtor-defendant had fraudulently conveyed real property to escape his debts, sought to introduce evidence relating to three other allegedly fraudulent transfers the debtor had engaged in. While the transactions in Homewood People’s Bank were not really prior bad acts as they actually happened shortly after the complained-of transfer, the court rejected the debtor’s attempts to exclude them. Reverently quoting Deakers v. Temple, 41 Pa. 234 (1861), the court stated: “All experience proves, and rules of evidence are founded in human experience, that, if fraud is to be detected under the various cloaks it puts on, the conduct of the parties before and after the fact complained of, as well as in immediate connection with it, must be freely examined.” The fraudulent transfers in Homewood People’s Bank were not directly related to the main transaction at issue in the case, but as the court adroitly reasoned, they were clear evidence of intent and the absence of mistake.

In addition to those two attributes, Pa.R.E. 404(b)(2)’s provides a non-exclusive list allowing the use of such evidence to prove motive, opportunity, intent, preparation, plan, knowledge and identity. In short, anything not explicitly going towards propensity can probably be sculpted into an admissible exception to Pa.R.E. 404(a)’s general prohibition. A recent commercial case, Appalachian Timber Products v. Luther P. Miller, (Pa. Super. Ct. 2020) is a noteworthy example of this. The defendant corporation was accused of shorting customers on their fuel deliveries, and the plaintiff sought to call a non-party witness who would testify that other customers were the victim of this scheme as well. In finding this evidence easily admissible, the court exhaustively noted that it was relevant to proving opportunity, preparation, planning, capacity, lack of mistake or coincidence, coordination, consistency and the intentional pursuit of wrongdoing.

Pa.R.E. 404(b)(3) also explicitly provides notice requirements in criminal cases, and civil defendants sometimes complain about the lack of pleading notice afforded to them. For instance, in Snyder v. Snyder, 629 A.2d 977 (Pa. Super. Ct.), the appellant bemoaned the fact that his wife was allowed to testify regarding past instances of abuse that were not pled in her original petition. Another abuse case, Miller on Behalf of Walker v. Walker, 665 A.2d 1252 (Pa. Super. Ct. 1995) dealt with arguably stale acts that were six years old. The court noted, however, that this goes toward weight, not admissibility.

Pa.R.E. 404 codifies a foundational principle of criminal law; we charge the accused because of their conduct, not because of their character. As in Cosby, the issue before the court was whether he had sexually assaulted the victim in January 2004, not whether he was immoral.

Practitioners should be wary of mindlessly equating the principles of criminal law to the civil context. Undergirding the court’s reluctance to use character evidence in the criminal context is the gross disproportionality between the power of the state and the power of the individual defendant. But this imbalance is not present in the civil context or, if it is, it is typically in favor of the defendant. As such, a rote duplication of the Pa.R.E. 404 analysis in the criminal context is typically misguided when applied to civil suits. Inherent in Pa.R.E. 404(b)(2)’s extensive list of exceptions is the premise that prior acts evidence is frequently relevant and probative.  Practitioners should consider using character evidence under this rule to prove their case, especially against defendants who claim that they did not have the requisite intent to commit the intention tort.

Reprinted with permission from the July 22, 2021 edition of “The Legal Intelligencer” © 2021 ALM Media Properties, LLC. All rights reserved. Further duplication without permission is prohibited, contact 877-257-3382 or reprints@alm.com.