The courts have, in turn, opened their ears (and maybe their hearts, too) to the plight of American businesses that have suffered on a truly historic scale. 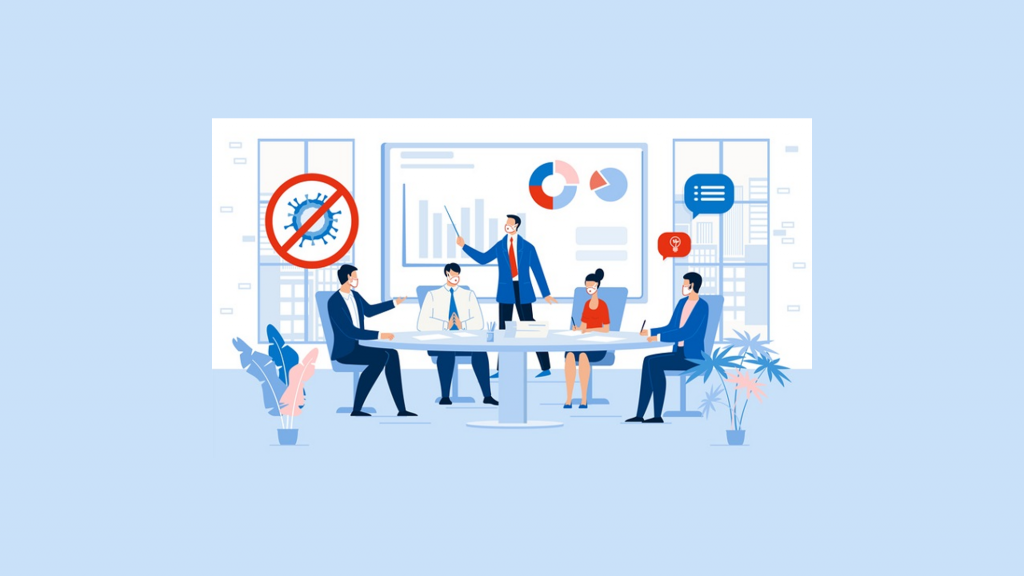 While the coronavirus itself may be novel, business interruption insurance lawsuits are not. Accordingly, in the initial wave of lawsuits arising from the pandemic, both business owners and courts throughout the country seemed trapped in a fixed mindset about this new type of case. Reeling from loss and damage, business owners assumed that since their businesses had been interrupted by COVID-19, their claims had merit. Courts, meanwhile, reading insurance policies narrowly, dismissed claims related to the virus for lack of tangible alteration to business property. In recent months, however, litigators have embraced more creative arguments to persuade the courts to hear their cases. The courts have, in turn, opened their ears (and maybe their hearts, too) to the plight of American businesses that have suffered on a truly historic scale.

In the beginning of the pandemic, the vast majority of COVID-19 business-interruption claims have been dismissed for failing to meet the requirement of “direct physical loss or damage” commonly found in all-risk insurance policies. This requirement is typically met by establishing losses due to tangible damage to business property. Given the “invisible” or “intangible” nature of an airborne virus, no matter how pervasive or deadly, and its inability to damage property physically, it is not surprising that initially the courts were reluctant to recognize COVID-19 within the existing framework. A recent notable exception came in Studio 417 v. Cincinnati Insurance, No. 20-cv-03127-SRB (W.D. Mo. 2020), in which the district court denied the insurer’s motion to dismiss on the basis that physical loss did not only cover “actual, tangible, permanent, physical alteration” as described in the policy. It also found plausible Plaintiff’s argument that “COVID-19 particles attached to and damaged their property, which made their premises unsafe and unusable.”

The denial of Cincinnati Insurance Co.’s motion is not entirely without precedent in other jurisdictions. Courts have been interpreting the meaning of the phrase “direct physical loss or damage” for decades and have previously applied their definitions to so-called “invisible” threats like COVID-19. In Port Authority of New York and New Jersey v. Affiliated FM Insurance, 311 F.3d 226 (3d Cir. 2002), the court decided in favor of the insurer, but noted that “when the presence of large quantities of asbestos in the air of a building is such as to make the structure uninhabitable and unusable, then there has been a distinct loss to its owner.”

The issue of asbestos in Port Authority indicates that uninhabitability can be an effective argument in cases stemming from invisible threats. See also, Universal Image Products v. Chubb, 703 F. Supp. 2d 705 (E.D. Mich. 2010) (granting the defendant’s motion for summary judgment and holding that the insured could not recover for business interruption because the “physical loss” in question, resulting from the presence of mold on the property and excessive heat produced by the efforts to replace the ventilation system, did not render the premises uninhabitable); and Matzner v. Seaco Insurance, (Mass. Super. 1998) (partially granting the plaintiff’s motion for partial summary judgment and holding that the carbon monoxide contamination constituted “direct physical loss or damage” to the property and warranted coverage) (citing Western Fire Insurance v. First Presbyterian Church, 437 P.2d 52 (Colo. 1968), which held that “the infiltration of gasoline in the soil under and around” a church made them “uninhabitable” and constituted a direct physical loss). In other words, courts are more willing to credit “direct physical loss” when an atypical threat renders property uninhabitable.

The degree of the imminence of a threat has been a determining factor in many decisions that favor insurers. Again in Port Authority, the court held that “the mere presence of asbestos, or the general threat of future damage from that presence, lacks the distinct and demonstrable character necessary for first-party insurance coverage,” and that the plaintiff had not provided enough evidence that the threat was imminent. In Gavrilides Management v. Michigan Insurance, No. 20-258-CB (Mich. Cir. Ct. 2020), the court dismissed the plaintiff’s argument that it was likely that COVID-19 had infiltrated nearby premises and found wanting the plaintiff’s inability to substantiate that the disease was present on its own property. These rulings show that a future threat to property or imminent threat to nearby property is not sufficient to warrant coverage.

In addition to persuading the court of possible direct physical loss, the plaintiffs in Studio 417 successfully contended that they should have been covered under the civil authority clause of their policy. Civil authority clauses provide coverage for losses related to a government entity denying access to the business’ property. The defendants argued that the clause requires direct physical loss to “property other than the plaintiff’s property.” Disagreeing with the defendants, the court accepted stay-at-home orders issued during the pandemic as evidence of prohibited access as well as loss to property other than the plaintiff’s, since closures affected businesses throughout the region.

Claims of ambiguous language in a policy have also created space for further adjudication (especially for insureds). In Matzner, once more, the court referenced a Massachusetts rule stating that ambiguous language “must be interpreted in the manner most favorable to the insured.” The doctrine of contra proferentem, which dictates the same, is not used by the courts in all states. In Pennsylvania, courts must only turn to contra proferentem as a last resort. The courts must first consider whether there really is an ambiguity in the language of the policy. If ambiguity is found, the court will then consider extrinsic evidence to determine the parties’ true intent. Thus, ambiguity in the language would only be automatically interpreted in favor of the insured if the ambiguity cannot first be resolved by other means. See Weisman v. Green Tree Insurance, 670 A.2d 160 (Pa. Super. Ct. 1996) (stating that “the intention of the parties is paramount and the court will adopt an interpretation which under all circumstances ascribes the most reasonable, probable, and natural conduct of the parties, bearing in mind the objects manifestly to be accomplished.” (citing Metzger v. Clifford Realty, 476 A.2d 1 (Pa. Super. Ct. 1984)).

Currently, yet another COVID-19 business interruption suit awaits judgment in the U.S. District Court for the Eastern District of Pennsylvania. In Milkboy Center City v. The Cincinnati Insurance Co. 2:20-cv-02036 (E.D. Pa. 2020), a bar, restaurant, and music venue seeking to lead a class action against its insurer is facing an uphill battle. The plaintiffs have largely based their claim on the civil authority clause and losses suffered due to government-enforced closures. But, because the civil orders in Pennsylvania related to COVID-19 did not mandate that restaurants or other similar businesses close entirely (they were still allowed to offer takeout and delivery options during the early stages of the pandemic), the civil authority clause may not apply. Previous court decisions seem to agree with insurers that the extent to which access is prohibited matters. See TMC Stores v. Federated Mutual Insurance, No. A04-1963 (Minn. Ct. App. 2005) (holding that the phrase “prohibits access” in a civil authority provision requires access to be completely prohibited).

Early in the pandemic, courts around the nation were rather quick to dismiss business-interruption insurance claims by business owners damaged by COVID-19. At the same time, businesses and their attorneys perhaps too readily assumed that losses suffered due to the virus would be covered by commercial policy. The resulting despair for businesses seeking relief has more recently given way to at least some measure of hope. Litigators have found novel ways of arguing for the “physicality” and “imminent threat” of a lethal airborne virus and its impact on business operation and the habitability of property. In geographies where access to business property was completely prohibited, they have successfully invoked the civil authority clause. Meanwhile, the courts have come to “see” what was initially regarded as an “invisible” threat that had caused no “direct physical loss” as something “tangible” that could render business property “dangerous,” “unsafe” and “unusable.” It could be argued that, in something like the way the pandemic has brought the country together in order better to cope, insurance lawsuits have slowly brought business owners and the courts closer together in the search for equity.

Reprinted with permission from the October 15, 2020 edition of “The Legal Intelligencer” © 2020 ALM Media Properties, LLC. All rights reserved. Further duplication without permission is prohibited, contact 877-257-3382 or reprints@alm.com.