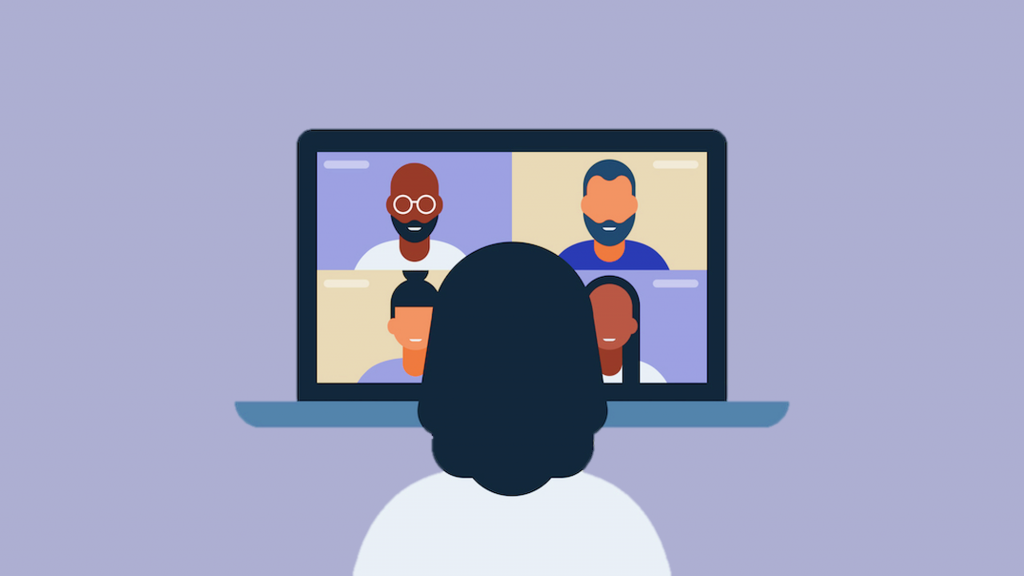 On March 13, 2020, a national emergency was declared in the United States as a result of the COVID-19 pandemic. Instantly, courts across the country were shuttered. Many courts, particularly the federal courts, quickly rallied and embraced Zoom as a means to continue to hold hearings and move the many criminal and civil cases on their dockets. Some lawyers reveled in the courts’ embracement of Zoom, as the legal profession is often criticized as being somewhat of a dinosaur. Others were initially less excited about having to use a webcam and embrace modern technology, and while appearing in court, no less. Indeed, some lawyers even exclaimed that using Zoom (e.g., the technology) is more stressful than participating in the hearing itself.

Some of those initial cynics have now adjusted, and appreciate the practicalities that Zoom offers over having to travel by plane, train, or automobile to appear for an in-person hearing that lasts a few hours or less. But lawyers by and large seem to agree that, at least for major events like evidentiary hearings or oral arguments on dispositive motions or temporary restraining orders, Zoom offers a much-less satisfying alternative to a courtroom—the majesties of which cannot be replicated virtually.

The extent to which courts will continue to uses Zoom after the pandemic remains to be seen, but for now, and likely the rest of 2021, courts will continue to hold hearings on Zoom. As such, learning Zoom etiquette for court appearances is critical. We are slightly more than a year from when the legal profession cozied up to Zoom, yet I still see and hear of lawyers making embarrassing mistakes. So, while some of the below tips may seem obvious and mundane, they all correspond to mistakes I have heard of or seen lawyers make recently. The good news is that these tips are all easy to follow.

Here are nine important tips for setting yourself, and your clients, up for success while appearing before a court on Zoom.

Just because your daily work attire has likely become relaxed, does not mean your court attire can or should. We have all heard of the term “dress for success,” and this principle remains the same for court appearances on Zoom. How you dress is also an important part of courtroom decorum. Generally, men should appear in court in a suit and tie, and women should appear either in a suit, or alternatively, a dress, or skirt and blouse combination. Lawyers should dress for a Zoom hearing as they would for an in-person hearing (although, ladies can probably safely skip the heels). In the last year, I have seen and heard of lawyers appearing before judges not only not in suits, but in hoodies (!), t-shirts, sweaters, unbuttoned shirts, and without ties. Dressing like this before a (likely robed) judge is disrespectful to the court and a disservice to the clients being represented. I recommend strictly following this tip, and not taking any liberties with it. By that I mean I would not even risk wearing jeans, spandex, or sweatpants (with the idea being only your top half will be seen on the camera while you are seated), because you may have to get up during the hearing for any number of reasons (I have). By the way, the lawyer in the sweater was reprimanded by the judge. Not a position any lawyer wants to be in, ever.

Audio lags happen on Zoom for a number of reasons. While it is always important to speak slowly, it is even more important to do so during a Zoom hearing. This tip is especially important if a court reporter is transcribing the hearing. I recently participated in a hearing where the judge had to request, more than once, that one lawyer arguing speak slower because the court reporter could not transcribe what was being said. Speaking too fast often occurs when reading notes, so I would suggest that you also do not read an argument word-for-word from your notes. This strategy is not effective in a courtroom, and nor on Zoom.

And, I mean, all noise. Just like electronic devices must be turned off, or at least silenced, in the courtroom, they should be turned off or silenced while you are participating in a virtual hearing. If you are participating in the hearing from your office, then I recommend placing a “Do Not Disturb” sign on your closed office door, placing your landline on “Do Not Disturb,” silencing your mobile phone and silencing any sounds on Microsoft Outlook, Teams, Skype, or another messaging platform. If you are working from home, do the same, and no, it is not acceptable to say “Sorry, your honor, that is just my dog.” Dogs are cute, but they have not filed an entry of appearance, and should not make any guest appearances during your hearings. Prepare ahead of time so the space you will be using for the hearing will be free of possible noise from children, dogs, birds, cats, etc. If necessary, meaning you cannot ensure an animal or kid-free noise zone for the hearing, make arrangements for a relative, neighbor, friend, or babysitter to look after your kids or pets.

This is an easy one to forget, especially with longer hearings with multiple participants, but remember to sit upright throughout the hearing. Just like you would not slouch in your chair in a courtroom, you should not slouch in your chair while participating in a Zoom hearing. Slouching and leaning back, while not as bad as the hoodie, signal a too relaxed and casual attitude. I recently participated in a hearing where opposing counsel was leaning back the entire time, even while he was addressing the court. I found it to be distracting and unprofessional, which means the judge likely did as well. Save leaning back for your post-hearing victory dance.

The day before any hearing, restart your computer to make sure it installs all recent updates. Also, make sure that you have the most recent version of Zoom installed, and the most recent version of any other program you intend to use during the hearing, like Adobe, Microsoft Word, or Microsoft Teams. Recently, during an oral argument, my Adobe froze. I was using Adobe to access copies of the pleadings and other relevant filings, so this was a problem. Additionally, during the oral argument, I was concerned that the freezing of Adobe would affect my Zoom connection with the court, but thankfully it did not. It did, however, provide an unwelcome distraction, which is not something you want while appearing in court. After you restart your computer and make sure you are using the most up-to-date version of Zoom, do a test run of Zoom, including a soundcheck. Separately, make sure that your name appears on Zoom as your first and last name. When you join a Zoom meeting, you should receive a prompt that allows you to type in your name how you would like it to appear. Sometimes, if you do not do this, your name will as an unclear default—e.g., “Kandis’ iPad.” Lastly, this should go without saying, but check, under the settings tab on Zoom, that you do not have any strange filters turned on, like a cat….

If a court schedules a Zoom conference, assume that you should appear using video. I have seen attorneys of record dial-in with a phone to a Zoom hearing, and then have to switch to using video (which is what led to some of the unfortunate attire selections discussed earlier). Obviously, always read the text of the applicable order and check in advance with the clerk or courtroom deputy about the judge’s intentions or preferences, but if a court schedules a hearing on Zoom, as opposed to a conference line, it is safe to assume that the court intends for the parties to appear on camera—even if the judge might not. My colleague recently participated in a hearing where the judge was not using the video function but required that the parties use it. When addressing the court, look into the camera. This will make it seem to the judge that you are making eye contact. If you are looking at the judge (or anything else) on your screen, you will appear as though you are looking down. Once you are “in” a virtual court hearing, avoid “leaving” the hearing—meaning, avoid turning your video off without first notifying the court. Repeated entrances and departures in the middle of a hearing in court would likely not be accepted, and the same rule applies to Zoom too. Last, make sure the area you will be attending the hearing has appropriate lighting. If your screen is too dark, the judge cannot properly see your face. Generally, the lighting behind your camera should be brighter than the lighting behind you. If there are windows in the room you will be using, position yourself to face the window rather than have the window behind you. As someone with two big skyscraper windows behind her and who cannot easily sit on the other side of her L-shaped desk, I appreciate this can be tricky. A lifesaver can be found in the “Adjust for low light” setting under the Video Settings in Zoom. In this same tab, you can also use the “Touch up my appearance” scale to brighten up your image. You’re welcome.

Surround Yourself with Less.

Your surroundings say a lot about you. Look at the background of the space you intend to use for the hearing (which I know is already immaculate) and consider whether it contains any pictures, posters, artwork, or things that would be controversial, distracting, or that could paint you in an unfavorable or unserious light (even if unfairly). I would strongly suggest that attorneys remove any political posters, books, or memorabilia from the view of the camera. Beyond that, this one involves largely good judgment and reasonable minds can differ on what is distracting and potentially unfavorable. I want the court to focus on me, not what is behind me, so I avoid having any personal pictures, sports memorabilia, books, or other clutter behind me.

Five Minutes Early Is On Time.

I always enter any Zoom hearing five to seven minutes early. This way, I have a buffer to deal with tech issues. I routinely see attorneys arriving to Zoom hearings a few minutes late, even after the host (the court) has started the meeting, because they had “trouble with the link.” Avoid having to be in a position of apologizing to the court by joining the meeting five minutes early.

Gone are the days where we have to furiously scribble down our thoughts on yellow sticky notes and then stealthily pass them to our co-counsel, all the while hoping we are not distracting the court. Now, we can pass virtual notes. I recently used Microsoft Teams, which our office uses, to correspond with my legal team (all of whom were in different places) during an oral argument. It was a great experience. Most of us type faster (and neater) than we write by hand, so I was able to communicate with my team with ease while still listening to everything the judge and opposing counsel said. During the oral argument, one of the lawyers on my team ended up sending me a key suggestion, which I was able to address and weave into my rebuttal argument. Just remember that when you are passing virtual notes—keep the sound off!

Remember that just because you are seated, does not mean you should not rise! Good luck.

Kandis L. Kovalsky is a member of Kang Haggerty & Fetbroyt LLC, a business law firm in Philadelphia, PA. She is co-chair of the ABA Litigation Section, YLD Division. Contact Kandis at kkovalsky@kanghaggerty.com.

Reprinted with permission from the  April 2021 edition of “Law Practice Today” © 2021 American Bar Association.  All rights reserved. Further duplication without permission is prohibited.