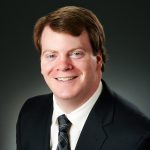 Toward Liquor Control, in no hidden terms, made clear that its goal was to limit alcohol consumption by making the sale of alcohol difficult and expensive.[6]  As part of this scheme to increase the price of alcohol, three-tier distribution systems 1) prohibit direct sales from manufacturers to retailers, and 2) limit the ability of brewers and wholesalers to incentivize retailers to carry their products.[7]

Hunterdon, whose services the former principle requires brewers to use, allegedly violated the latter principle by selling draft beer systems at reduced prices to retailers in exchange for the retailers carrying Hunterdon’s products.[8]  With the explosion of the craft brewing industry in recent years, there are now over 4,000 breweries operating in the United States alone that are competing for limited tap and shelf space offered in New Jersey’s retail outlets.  Seeking to secure tap space for the beer brands it sells, Hunterdon allegedly sold discounted draft systems to retail outlets in exchange for those outlets reserving space in those draft systems for Hunterdon’s brands.[9]  Hunterdon’s alleged actions are no different from sales incentives and discounts offered by manufacturers and wholesalers in many other industries.

While Toward Liquor Control, which originally proposed such restrictions on otherwise routine trade practices, acknowledged that these restrictions were intended to increase the cost of alcohol, New Jersey’s Attorney General, Christopher Porrino, argues that Hunterdon’s alleged practices “threatened to disrupt competition” and that “[c]onsumers suffer” from such acts.[10]

Attorney General Porrino’s choice of words is interesting in that selling goods at reduced prices, as Hunterdon did, is typically a way to increase competition, by seeking to deliver the highest quality of goods at the lowest possible price.  Lower prices are, of course, what consumers seek.  Rather than Hunterdon’s alleged practices, it is the very laws that Hunterdon is alleged to have violated that reduce competition and harm consumers.  In fact, it is estimated that the retail price of beer is 18-25% higher as a result of the three-tier distribution system and other such regulations.[11]

Now, instead of creating jobs, investing in infrastructure, and other business activities, Hunterdon will pay $2 million to a government agency tasked with enforcing laws specifically designed to reduce competition and raise prices on consumers.  If Attorney General Porrino truly wanted to increase competition and help consumers, he would advocate the repeal of the three-tier distribution system, not impose unprecedented fines on businesses.  The recently announced fine against Hunterdon highlights the need for the draconian laws and regulations that have been restricting the alcohol market since the end of prohibition at the urging of teetotalers like John D. Rockerfeller, Jr. to be revisited and repealed.

[4] David Scott, Brewing Up a New Century of Beer: How North Carolina Laws Stifle Competition in the Beer Industry and How They Should Be Changed, 3 Wake Forest J.L. & Pol’y 417 (2013).