COVID-19 Update: FAQ and Other Information for Clients
News » City of Philadelphia

KHF proudly sponsored the Barristers’ Association of Philadelphia, Inc’s 35th Annual Turkey Drive in advance of the Thanksgiving holiday. This year, the Barristers were able to provide 700 Philadelphia families in need with “turkey baskets” which included a turkey, stuffing, corn, green beans and cranberry sauce.

Volunteers consisted of practicing attorneys and their families as well as law students. Some notable volunteers were END_OF_DOCUMENT_TOKEN_TO_BE_REPLACED 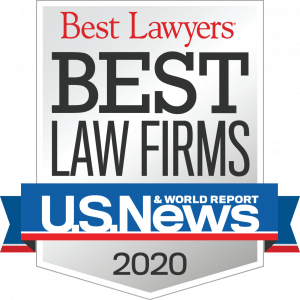 This marks the 10th year of the collaboration between U.S. News & World Report and Best Lawyers®, in releasing the “Best Law Firms” rankings. To be eligible for a ranking, a firm must first have a lawyer recognized in The Best Lawyers in America©, which recognizes the top 5% of private practicing lawyers in the United States. The 2020 rankings are based on the highest number of participating firms and client votes received on record. Almost 16,000 lawyers provided more than 1,229,000 law firm assessments, and more than 12,000 clients participated providing 107,000 evaluations.

END_OF_DOCUMENT_TOKEN_TO_BE_REPLACED 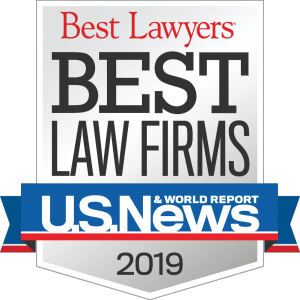 The U.S. News – Best Lawyers® “Best Law Firms” rankings are based on a rigorous evaluation process that includes the collection of client and lawyer evaluations, peer review from leading attorneys in their field, and review of additional information provided by law firms as part of the formal submission process. To be eligible for a ranking in a particular practice area and metro region, a law firm must have at least one lawyer who is included in Best Lawyers in that particular practice area and metro.

Philadelphia, PA (September 12, 2018): Kang Haggerty & Fetbroyt LLC is pleased to announce that attorney Tianna K. Kalogerakis was installed today as President of the Barristers’ Association of Philadelphia, Inc. The installation ceremony was held at Philadelphia City Hall and presided over by the President Judge of the Philadelphia Court of Common Pleas. 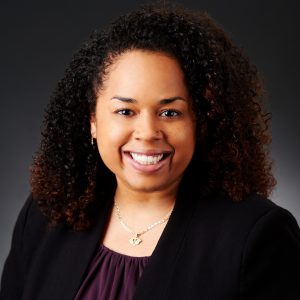 “It is an honor to serve as President of this important organization,” said Ms. Kalogerakis. “This is a critical time to ensure that our members are not only properly represented in the legal community, but also to ensure that the Barristers’ Association is able to provide the resources, services and networks to our members and to the greater Philadelphia community. As a lawyer of color and a woman in the profession, I believe that the organization helps us be the best attorneys possible and amplifies our positive impact.”

END_OF_DOCUMENT_TOKEN_TO_BE_REPLACED

On October 4, 2016, plaintiffs Dominick Owens, Rachael Bell, and Mark Zych (collectively, “Plaintiffs”) filed a class action complaint against the City of Philadelphia in the Philadelphia County Court of Common Pleas, in Owens, et al. v. City of Philadelphia, No. 161000388.  The complaint alleges that the Philadelphia Police Department (“PPD”) has been issuing speeding tickets on highways such as I-95, I-76, and I-676, knowing that it lacked the authority to do so, since at least July of 2012.  Specifically, under the Vehicle Code, local police such as the PPD are prohibited from issuing speeding citations on highways such as I-95 without a speed enforcement agreement (“SEA”) with the Pennsylvania State Police (“State Police”).  The complaint further alleges that on July 17, 2012, then-police commissioner Charles Ramsey issued a memorandum notifying all PPD personnel that the State Police had decided not to enter into a new SEA with the PPD covering I-95, I-76, and I-676; and as such, the PPD was prohibited from issuing speeding citations on those highways within the City of Philadelphia.  Plaintiffs allege that, despite the July 17, 2012 memo (that is, despite knowing it lacked authority), the PPD has continued to issue speeding citations on I-95, I-76, and I-676 to this date, without ever having entered into a new SEA with the State Police – i.e., the PPD has been operating under a de facto policy of illegally stopping and citing motorists on I-95, I-76, and I-676.  Plaintiffs allege that, based on the PPD’s knowingly false representation that it had authority to issue speeding citations on I-95, I-76, and I-676, Plaintiffs paid fines, attorneys’ fees, court costs, and increased car insurance rates associated with speeding citations they received from the PPD, and have therefore been damaged.  Plaintiffs also allege that they were improperly detained in violation of their constitutional rights.  The complaint contains counts against the City of Philadelphia for fraud, negligent misrepresentation, unjust enrichment, and violation of 42 U.S.C. § 1983.  Plaintiffs are represented by the law firm Kang Haggerty & Fetbroyt LLC.